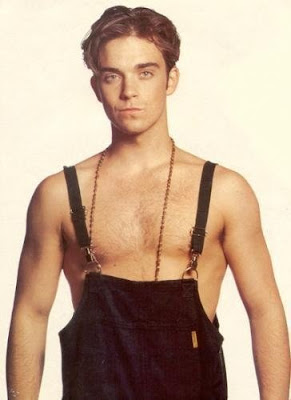 
Robbie Williams has confirmed that he has already joined Take That in the studio to record new songs.

The singer joined his old band on stage at the London Royal Albert Hall for a Children In Need gig on Thursday (November 12), and now he has confirmed that rumours about studio sessions are true.

"Oh sod it, we've been in and the songs are absolutely amazing," he said in a BBC Radio 2 interview set for broadcast on Christmas Day. He claimed that the songs sound "incredibly great".

Williams did not reveal any kind of release plan for the new material.